This morning I decided to Chrome Book it. Chrome books are great for doing any and all tasks on the web, which is all that most of us do anyway. I don’t have much to say in this one, just felt like typing a little bit today since I didn’t do much typing today/yesterday. Although it’s a pain in the ass to type on a Chromebook while in bed, it can be done.

It’s a major bummer for me that no one other than myself will ever see these words, but this has been the case since HK died, and Sunny removed me from his friends page. There was a time when my good friend Edna used to read some of this meaningless shit, but no longer.

I have a pretty nice set-up here. I hardly ever get disturbed. This is why I enjoy living here so much. The one bad thing about living here is the non-existent cash flow. I have 0 cash because my payee now takes 100% of my monies. Now, I can ask for my cash, but I do not feel that should be necessary. Unless there has been some kind of decrease in the amount of money my check or checks are for I should automatically get $100 a month. Instead of $100, I now receive $0. I do not believe that is fair to me, but it must be, because the God of my money (Edna) says that its fair, and who can argue with a God.

I’ve always felt that Edna does me right in regard to my money until just this year. This whole year I have only seen $60 in cash. Edna tells me that I have almost no money. It is true that I spend money on E-juice, and coils for my vaporizer, but nowhere near $100 a month on vape gear. In other words, I’m missing money. I hate, fucking HATE begging Edna for cash when it should be automatic. On the third of every month, I should get $100 in spendable cash. I do not and have not in over a year. I was saving my money for a new PC. Well, I got two new PCs in two years. So now I want to start getting $100 a month again. Apparently, Edna wants to horde my money for some unknown purpose.

Edna has her own money. This makes me confident that she is not ripping me off, however, the fact still remains that I have seen very little cash in the year 2021. My money is going somewhere for sure, but it’s not going to me.

These days I feel a little frightened and intimidated by Edna. I hate asking her for anything even if I feel I need it. Money can totally destroy friendships which is what I feel it is doing with Edna, and myself.

I just want to know where my $100 a month goes, because it has not gone to me in over a year. 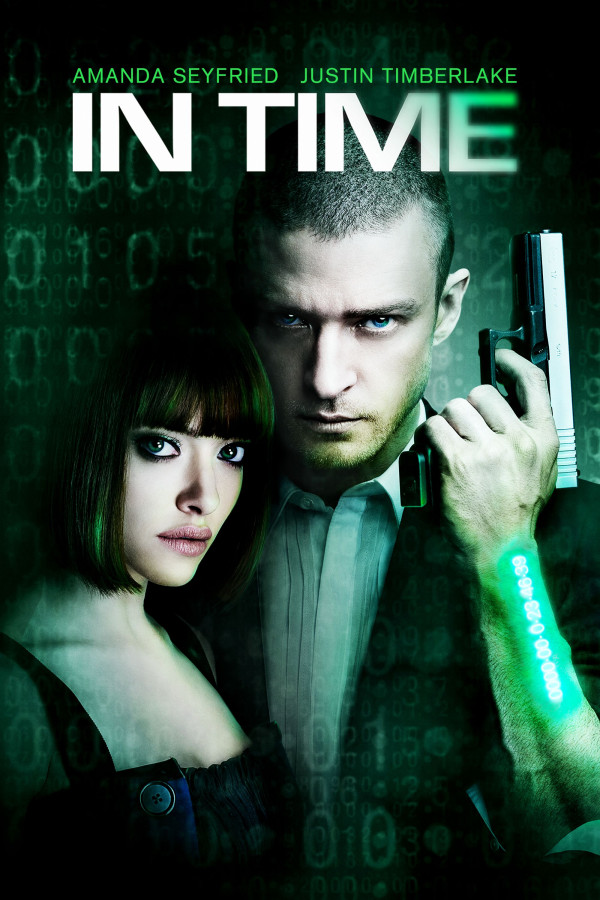 Welcome to a world where time has become the ultimate currency. You stop aging at 25, but there's a catch: You're genetically-Engineered to live only one more year, unless you can buy your way out of it. The rich "Earn" decades at a time (Remaining at age 25), becoming essentially immortal, while the rest beg, borrow or steal enough hours to make it through the day. When a man from the wrong side of the tracks is falsely accused of murder, he is forced to go on the run with a beautiful hostage. Living minute to minute, the duo's love becomes a powerful tool in their war against the system.

As always, click the image below to watch the movie. 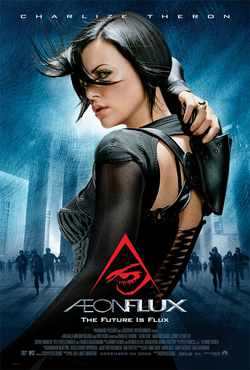 Here is what it is about to help you decide if you want to watch it or not.

Aeon Flux
2005 | PG-13 | 1 hr 32 min | FEATURE FILM
AUDIO: English | SUBTITLES: English
Why it Crackles
After a virus wipes out humanity, our only hope is Charlize Theron in a black bodysuit.
Description
In the 25th century, a virus has decimated mankind. The few remaining survivors are gathered in one last city. Political conflicts, though, have taken their toll. Into this setting, acrobatic assassin Aeon Flux makes a dangerous trek to take out the government's top leader.
Genre
Action, Sci-Fi
Cast
Charlize Theron, Frances McDormand
Director
Karyn Kusama

I've seen it before, and it's not that good of a movie. Nonetheless, if you click on the above image you will be able to watch it for as long as it is there.

It’s a sad day here in the apartment of Paul Patry. The old Dell has died. The monitor cable has snapped off. It is soldered to the motherboard. This means that it would be cheaper to purchase a whole new PC rather than fix it. It lasted 12 years. So that’s good.

Also, I saw the bitch nurse today. The only reason that I call Kathy a bitch is that I believe her mission is to get me back into a piece of shit facility.

I really do NOT want to die in some facility. I don’t have much time left on the plane anyway. When death finds me, I hope to be here, and NOT in some shitty facility.

I am very much in need of some cash. Getting cash from my payee has never been a problem until now. I feel that I need to explain a little before I continue.

Okay, a week, or possibly two ago I got a new worker or aide. She seems cool. Anyway, while she was here she was vaping. I looked at her device but didn’t recognize it. It had a small tank on it. When I inquired about it, she told me that the tank was filled with THC oil. I was like “right on.” So I asked her where she obtained it. She told me that she ordered it online. So naturally, I asked her if she could get me one too.

She hopped on my PC, surfed to E-bay and ordered me one, along with some of the cartridges. They were here a couple of days later. All good right? No, because I still have not paid this woman.

What do I do when I need money. I contact Edna (my payee). So that is what I tried to do. Only my E-mails went unanswered. So I kept sending Edna E-mail telling her that this extremely nice woman had ordered me a vaping device and that she is expecting to get paid because I told her that I would pay her. So far Edna has been less than cooperative. She asks questions. First of all, Edna’s PC is in a bad way according to her. This is where I start to lose my understanding of the situation. Edna dropped her bran new PC over a month ago. From what she tells me it was a casualty, in other words, it died. However, I think that Ann has lent Edna an old laptop of hers so that she could at least check her E-mail. Even if Ann wouldn’t have lent the laptop to Edna... she would still have my old Acer C7 Chromebook to at least check her E-mail with. So Edna does have the means to check her E-mail. Yet she hasn’t replied to a word I’ve sent her in over a week. I would very much like to know why?

It seems that replying to my E-mail is a thing of the past for Ms. Edna. Of course, I would like to know “Why?” All she will say is that her PC is broken. I fully understand a broken PC, but she has and has had Ann’s old laptop, making that she broke hers a non-issue. Edna still has not replied. I do not know why. Also, I owe this nice woman money, because she ordered me something online.

When I first told Edna of my debt, naturally she wanted to know what it was for. So I told her. Edna will NOT pay this extremely nice woman what I owe her. I only get $100 a month. I owe the woman under $100. Even starting from $0 I should have this month's $100. Yet Edna refuses to pay me so that I can pay the nice woman back. Edna gave me some shit about needing a receipt. There is no receipt. The woman ordered it for me online. When it came she brought it to me. It might be possible for the nice woman to show Edna a copy of her credit card statement to Edna, but FUCK THAT SHIT! The woman did me a favor, and I will not ask to see a credit card statement.

I realize that it is Edna’s job to take care of my money, and she does a fantastic job, just as long as I never ever ask for cash.

It’s killing me that I cannot pay this nice woman who did me a favor back all because I don’t have a receipt. It looks like I will just have to make a sign that says “Please Help” and take it up the road. Then wait for handouts. All because Edna refuses to do her job and pay my debts. 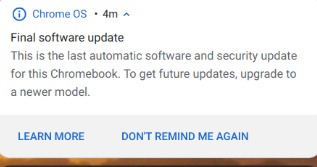 There isn't a thing a can do about it either except... Purchase a bran spankin' new Chromebook, which I will do just as soon as I can afford it.

The problem is... That I haven't seen fresh nugs in a while.

I’m not really up to typing an entry now, as I’ve been up all night. So, this won’t be long. I just had to report that Frank connected this morning and made it so that I could use virtual machines on my new PC. He did not have to go into the BIOS either, because I already turned virtualization on, and he knew it because I had Lynn photograph my BIOS screen showing that I had already done that. To tell you the truth I do not know what he did. It does not matter what Frank did, or how he did it. All that matters is that I can use virtual machines again.

I was hoping to be writing this entry on my Power Spec PC, but I could never get the monitor to work on it. Well not since I got my new Dell, which turns out, is actually a piece of shit. Only because I cannot enable virtualization on it, or get the lighting to work properly. So I’m back on the old Dell Optiplex 780, which now is over 11 years at this point. Yes, it’s slooooow but what do you expect on 11-year-old hardware? I love this computer. It just works.

I’ll have to shoot Frank a quickie letting him know that my dead grandfather’s old PC is alive and kickin’!
Collapse